I am currently in a marriage that has gotten worse over the past 15 years. I met my husband in college and we were both ambitious. I studied to become a lawyer and he studied to become a sports journalist. We both accomplished our goals. Before we jumped into the workforce we discussed the possibility that I could make more money than him at some point. Well, that is exactly what happened.

He is a sports journalist for a small company and I am a partner in a law firm. I make almost $50,000 more than he does. The money does not matter to me because he knew that my heart was set on making a difference in the legal system. However, whenever I put in some extra time at the office he criticizes me and tells me that I am slacking on my motherly and wifely duties. He also tells me that no woman should put her career before her family. At times, he makes me feel like I have to choose. I am tired of him complaining and feel like I should quit my job.  Can a Woman Be Successful at Being a Mother, Wife and Career Professional?

Wife with Many Roles

END_OF_DOCUMENT_TOKEN_TO_BE_REPLACED 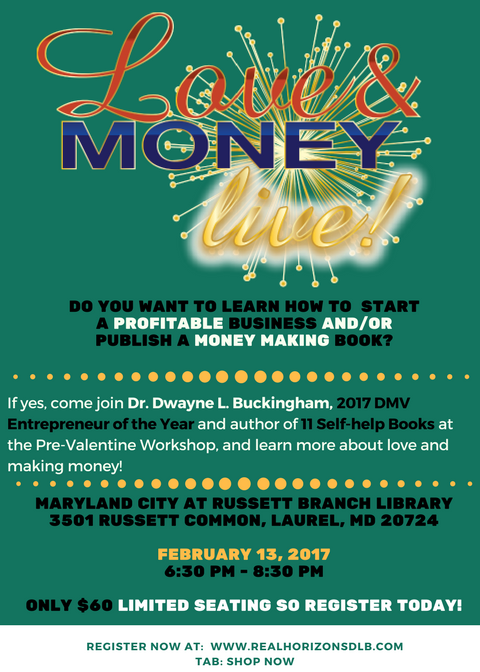 By attending this informative workshop you will:

My husband is 42 years old and my sister is 22 years old. You might be wondering why I mentioned their ages. Well I believe that my husband seduced my younger sister. He purchased her clothes and gave her money. Initially, I did not think anything about their relationship until he allowed her to drive his Aston Martin Vanquish. The car cost over $200K.

I started to question their relationship when this started because he has never allowed me to drive the car. I went to work one day and decided to come home early. As I walked through the door I saw the two of them on the couch kissing. I quickly closed the door and jumped back in my car. I went to a friend’s house and stayed there for the night. My husband called and begged me to come home. My husband provides me with a first class lifestyle, but treats me a like a second-class citizen. I know that I have to face this, but I feel so disrespected by both of them and my heart is crushed. I know that my marriage is over, but I cannot divorce my sister. Should I Disown My Sister for Cheating with My Husband?

END_OF_DOCUMENT_TOKEN_TO_BE_REPLACED 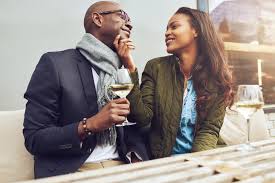 I have been married for 6 years and my marriage has been rocky every since I said I do. My husband and I have problems with communication, intimacy and connecting all together for various personal, interpersonal and family reasons. I love my husband to the moon and back and I want our marriage to thrive, not survive. As we approach the New Year I made a promise to myself that I would do my part to make my marriage thrive. But to be honest I do not know what to do. I am not one to put a lot of energy into developing New Year Resolutions because I do not know how to create ones that work or last. I would like to enhance my marriage in the coming year and beyond, but I am stuck. What Resolutions Should I Adopt To Make My Marriage Thrive in 2018 and Beyond?

END_OF_DOCUMENT_TOKEN_TO_BE_REPLACED

I am a 28-year-old single male, but I recently proposed to my girl. I want to get married fairly soon. I have been following you and you often talk about unconditional love in your articles. I know that love is needed to develop and sustain a marriage, but I am pretty sure that there are other things. You also talk about trust, respect and effective communication.  But besides these things, what else is need to make marriage work? I want my marriage to start off on the right foot. What ingredients are needed to create a thriving and fruitful marriage?

Single, But Ready for Marriage

END_OF_DOCUMENT_TOKEN_TO_BE_REPLACED

My wife and I have been married for 19 years. I will admit the marriage has been on rocky ground from day 1, with the exception of the birth of our children. My wife has been verbally abusive the majority of the marriage; she yells and screams at our kids and rarely apologizes when wrong.

A few years ago, I read a text message my wife wrote to someone whom I considered a friend. The message read, “I know old girl is over there, I’m not mad.” I immediately questioned what was going on and received a response of “nothing” and “oh, we are reading each others text now?” Because I couldn’t prove anything, I didn’t confront the issue further. I just let it fade away, but deep within, I struggled dealing with it.

People had made certain statements around me to make me think she had cheated, but I would always say not my wife (but I always did have some doubt). Oh, did I mention that early in our marriage a man called my house (I could hear clearly), and she said “girl, yes” as if a female was on the phone. When asked why she did it, she said she didn’t want me to think anything.

So recently, I finally asked my wife if she loved me or was in love with me. She turned the question over to me without answering. I then asked if she had cheated on me in our 19 years of marriage. And she admitted she had on two occasions (with different people) within the past seven years. She admitted the affair with the friend, but told me it happened during a time she didn’t know if she loved me and wanted out.

At first, I thought I was not ready to give up on my family, and I’m ready to fight to save it. But now I’m not so sure. I really have a problem with infidelity. I know I can forgive her because that is what Christ requires of us, but I can’t get over the fact she put the family through so much over the years, while cheating in the process. Nor can I get over the fact that she allowed a friend to invade what I considered to be mine. Now she wants to make things right. I am now her ROCK, her man, her lover and her friend. This is the first time I have heard this from my wife in 19 years. My plans are to leave, but my children are priority.

Based on my wife’s behavior do I have grounds for divorcing her?

END_OF_DOCUMENT_TOKEN_TO_BE_REPLACED

I have been married for six years, and my husband and I grew up in different countries (I in the U.S. and he in the Caribbean). He was very honest with me from the beginning about his extensive sexual past. I was a virgin when we married. He keeps in contact with a lot of people from his homeland via social media. And I recently found out he was speaking to someone he used to sleep with (but didn’t consider to be a girlfriend); she was reminding him of the intimate times they had together and sending naughty pictures, and from what I saw, he didn’t tell her to stop. I told him I was uncomfortable with it, and he told me it was nothing serious, he was just “joking around” with her; he has since blocked her on all his social media accounts.

The problem is I found this out by going through his phone (I know it’s wrong). To be honest, I’ve done that on and off since we got married. Because I don’t know all his friends from his home, I felt this was a way to get to know who he was speaking to and what kind of relationships he had with them (male or female). This time though, the issue with this girl really threw me into a dark hole of insecurity, and I am continually pestering him about it. He didn’t change the passcode on his phone. But he has demanded that I stop going through his phone because he feels like he’s constantly being watched when he’s home and because he feels I’m hurting myself more than him when I do that.

I really do want to stop going through his stuff because it has caused other problems in the past. My question is: how can I feel comfortable to trust his word again fully when I feel he is now so overprotective of his phone? My biggest concern is that he will unblock this girl and start talking to her again now that he knows his wife won’t be going through his phone anymore.

Do I have a right to snoop or does my husband have a valid point—Should there be privacy in marriage?

END_OF_DOCUMENT_TOKEN_TO_BE_REPLACED

My boyfriend and I constantly argue and fight about what it means to be good in singleness. He believes that being good in singleness is about how he conducts himself in church and in the community. I disagree. We have sex on a regular basis, and he does not view this as being problematic. In his mind, he believes he is good in his singleness.

Because we are bombarded with sex in so many different ways daily, my boyfriend like others have become desensitized and believe it’s just the way things are today. Although I am guilty of engaging in premarital sex, I was raised to know and do better. Before I discuss this with my boyfriend again, I wanted to know if you could share your thoughts about this topic from a Christian perspective. Please help!

What Does it Mean to Be Good in Singleness?

END_OF_DOCUMENT_TOKEN_TO_BE_REPLACED

I am a successful young man who wants to have a wife and children in the near future. A few years ago, I relocated from the South to D.C. with the belief I would have better prospects. I am approaching my mid-30s, and I feel discouraged about my prospects. I meet women who appear to be good for me, but things just never work out.

I have not been able to identify my problem. I can admit I have some unresolved personal issues, but I truly do not believe that I am the problem. I attend social gatherings, church functions and business events with the hope I will find my wife. I have searched high and low for my future queen and have had very little success. I decided to write you because I do not want to go too far down the discouragement path and give up on finding love.

As a Single Man, What is the Best Thing  I Can Do to Find a Wife?

END_OF_DOCUMENT_TOKEN_TO_BE_REPLACED 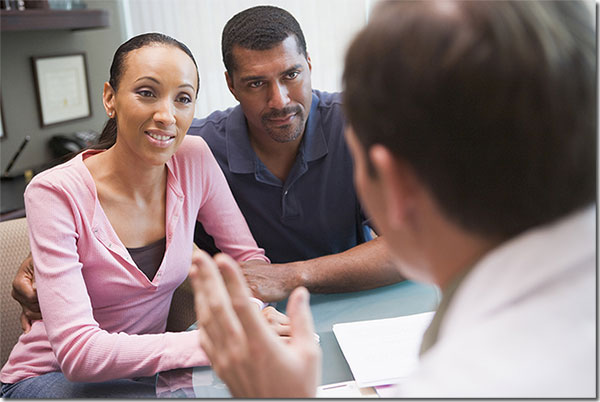 I have been dating this guy for a few years now and we are talking about marriage. I read a lot of your articles about relationships and most of them have a common theme. You often recommend that people seek professional counseling. I want my marriage to start off on the right foot, but I do not get the counseling thing. My fiancé has some fear and commitment issues and can be cold and detached at times, but overall he is a good guy. I believe that we are in love, but sometimes I wonder if we are rushing toward marriage out of lust. I am interested in learning more about my fiancé and myself, but as an African American female I was raised to keep my business private.

What Are the Benefits of Seeking Professional Premarital Counseling?