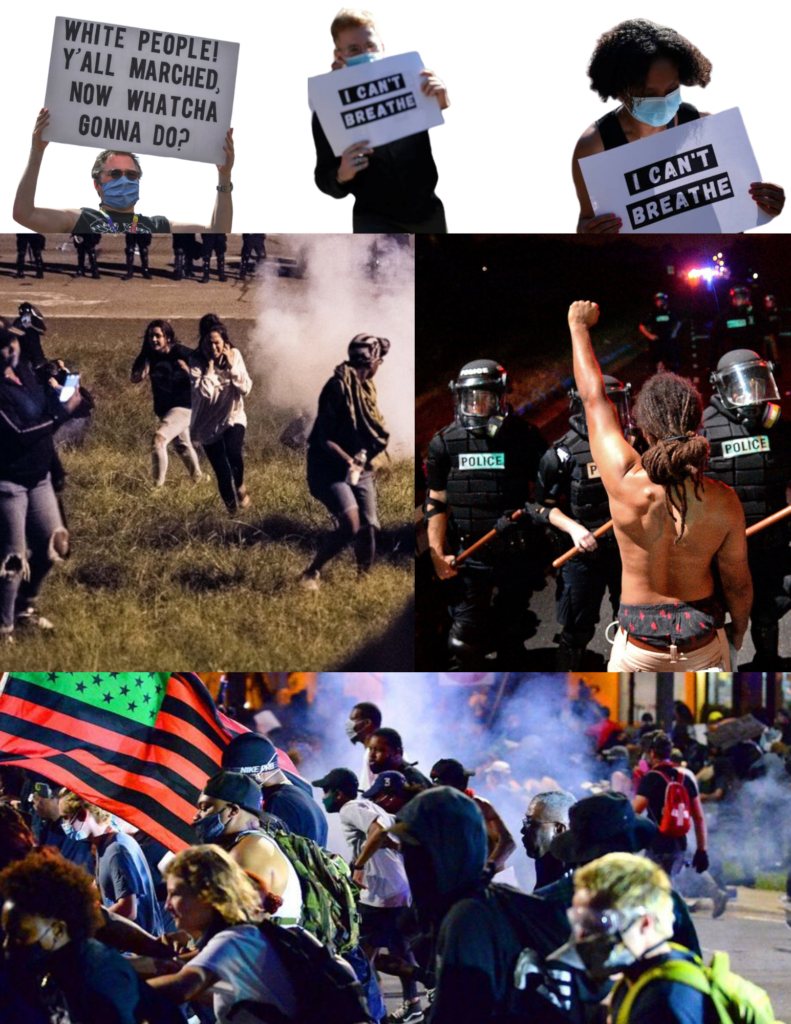 Everybody is talking about something these days and no matter where I turn someone is either talking about COVID-19, racism, politics or police reform. Like others, I feel overwhelmed and drained by all of the negative energy. I am watching people become bullies on social media and are saying whatever they feel without any regard for how others feel. People are rebutting and arguing perspectives instead of listening for understanding. Also, people are telling other people that their lived experiences are not real and that they should get over themselves. And to make matters worse, traditional news outlets are fueling the fire.

I don’t know about you, but I am really concerned about the future of America. Let me explain.

During a recent conversation with a colleague I was asked the following question: Is America on the Verge of a Civil War?

As I reflected on his question and on what is happening in America in regard to the increased racial tension and civil unrest, I have come to believe that America is on the verge of civil war. However, not because of the senseless murder of George Floyd or the different viewpoints about politics or police reform.

America is on the verge of civil war because of a powerful and primitive human emotion called FEAR. The murder of George Floyd and civil unrest across the nation triggered fear among millions of people, especially White people and Africans Americans. The presence of danger for themselves and their loved ones became a reality.

As a black man who was raised in a culture of trauma and fear, I know first-hand what fear feels like both physically and psychologically. Unfortunately, like millions of black men and women I live with hope in my heart, but fear in my mind.

Some people may argue that my fear is unjustified and that I am being overdramatic, negative and discouraging. No…I am simply sharing fear that is based on my lived experience.

Generally speaking, I believe that Black men fear white men and white men fear Black men. As a child I was taught to show the utmost respect for white people regardless of how they treated me. Also, I was taught to fear white police because they possessed the authority to inflict psychological and physical pain without being questioned or accused.

Initially, I thought that the adults in my life where exaggerating and being overprotective until I saw a police officer drag my sister’s boyfriend down six concrete stairs for questioning him. He did not arrest him, but stated that he could if he wanted to. And, while some people may not have experienced this type of psychological distress it is a lived reality for many African Americans.

As I journeyed through life and had a few negative experiences with some white people and police, I realized that my fear like theirs was rooted in survival. I also realized that the desire to survive triggers a survival mindset and fear. And fear can lead to emotional hijacking, which in return can cause people to engage in irrational, impulsive and even dangerous behavior.

Fear creates a fight or flight response. It also creates defensiveness in people. Therefore, it is reasonable to believe that social justice cannot be achieved, and no true change will take place until fear is addressed and resolved. Some individuals express their fear through silence which can reflect a flight response and can also be perceived as passiveness. While others express their fear by vocalizing it or through protest which reflect a fight response and also can be perceived as aggressiveness.

While I understand the importance of protesting for justice and advocating for police reform, I also understand that laws will not and cannot change people. Laws are designed to govern behavior, not change the hearts or minds of people.

It is without question that social justice in some manner needs to occur, but FEAR must be addressed and resolved across racial lines before justice can prevail. No Psychological Intervention, No Justice or Peace!

Unfortunately, we are living in a mental health crisis and America is on the verge of entering into a civil war that is rooted in FEAR. White elitists fear losing power and wealth and African Americans and other ethnic groups fear just about everything.

Americans will continue to feel threatened and remain fearful of a civil war without widespread psychological intervention! America needs to heal from its’ horrific past and the healing must occur inside the minds of ALL Americans and across the nation through social justice for all.

We are stronger together as a Nation of God loving people and must work together to ensure that FEAR does not destroy the LAND OF THE FREE AND THE HOME OF THE BRAVE.