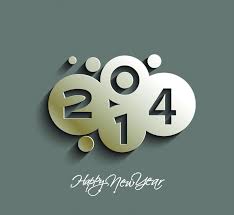 With a burning desire to establish and achieve New Year’s Resolutions, many of you set aside time to reflect on your past year’s lifestyle and overall attitude. In your quest to maintain a positive attitude entering the New Year, you express gratitude to God for giving you another year to enhance your health; improve your financial situation; to lose a few extra pounds; to restore broken and damaged relationships; and to achieve career aspirations.

Fitness, finance, career and relationship goals become priority and you dedicate your time and energy toward achieving these goals. Some of you will achieve some level of success by the end of the year and some of you will fall short. But what is most disturbing is that no matter what happens, many of you will always find something to complain about.

Here is the number one reason why you should have an attitude of gratitude entering 2014:

#1. You Are Still Breathing. Breathing is part of physiological respiration and is required to sustain life.  No matter what troubles you have had in the past, you should have an attitude of gratitude because you are still breathing. On a daily basis many of us take this very basic, but essential life function for granted. As you enter into and journey through 2014, please remember with gratitude those who lost their lives in 2013 at the hands of troubled and ungrateful souls.

Here is summary of six unfortunate and tragic reminders of why it is important to be grateful that you are still breathing:

During the Boston Marathon on April 15, 2013, two pressure cooker bombs exploded at 2:49 pm EDT, killing 3 people and injuring an estimated 264 others. The bombs exploded about 13 seconds and 210 yards (190 m) apart, near the finish line on Boylston Street. At least 14 people required amputations, with some suffering traumatic amputations as a direct result of the blasts.

On June 7, 2013, a killing spree by a lone gunman occurred in Santa Monica, California, starting with a domestic dispute and subsequent fire at a home, followed by a series of shootings near and on the campus of Santa Monica College. Six people were killed, including the suspect, and four people were injured in the incident. The gunman, 23-year-old John Zawahri, was killed by police officers when he exchanged gunfire with them at the Santa Monica College library.

On September 16, 2013, Aaron Alexis, a lone gunman armed initially with a shotgun, fatally shot twelve people and injured three others in a mass shooting at the headquarters of the Naval Sea Systems Command (NAVSEA) inside the Washington Navy Yard in Southeast Washington, D.C. The attack began around 8:20 a.m. EDT in Building 197. Alexis was killed by police around 9:20 a.m. EDT.

On November 1, 2013, a shooting occurred at around 9:20 a.m. PDT in Terminal 3 of the Los Angeles International Airport. Paul Anthony Ciancia, aged 23, has been accused of opening fire with a rifle, killing a U.S. government Transportation Security Administration officer and injuring several other people.

The fatal shooting of Renisha McBride, a 19-year-old African-American woman, occurred on November 2, 2013 in Dearborn Heights, Michigan. She was shot to death on a homeowner’s porch after crashing her car and trying to get home. On November 15, Theodore Wafer was charged with second-degree murder, manslaughter, and possession of a firearm during commission of a felony. Wafer has stated that the shooting was accidental and that he thought his home was being broken into.

I summarized these unfortunate tragedies to remind you that life is not guaranteed and to strongly encourage you to monitor your attitude. What you think about your circumstances and say to yourself significantly affects your attitude about life. As you navigate through 2014, please do not allow your trials and tribulations to cause or contribute to feelings of ungratefulness. As long as you are breathing you have an opportunity to turn wrong into right; to turn hate into love; to turn poverty into wealth; and to turn to despair into hope. “Remember not the former things, nor consider the things of old. Behold, I am doing a new thing; now it springs forth”...Isaiah 43:18-19. All living things have the capacity for growth and adaptation. When you feel discouraged take a deep breath and thank God for breathing – this in and of itself is enough to be grateful for.

I have an Attitude of Gratitude because today is my birthday and I thank God that I am still breathing.